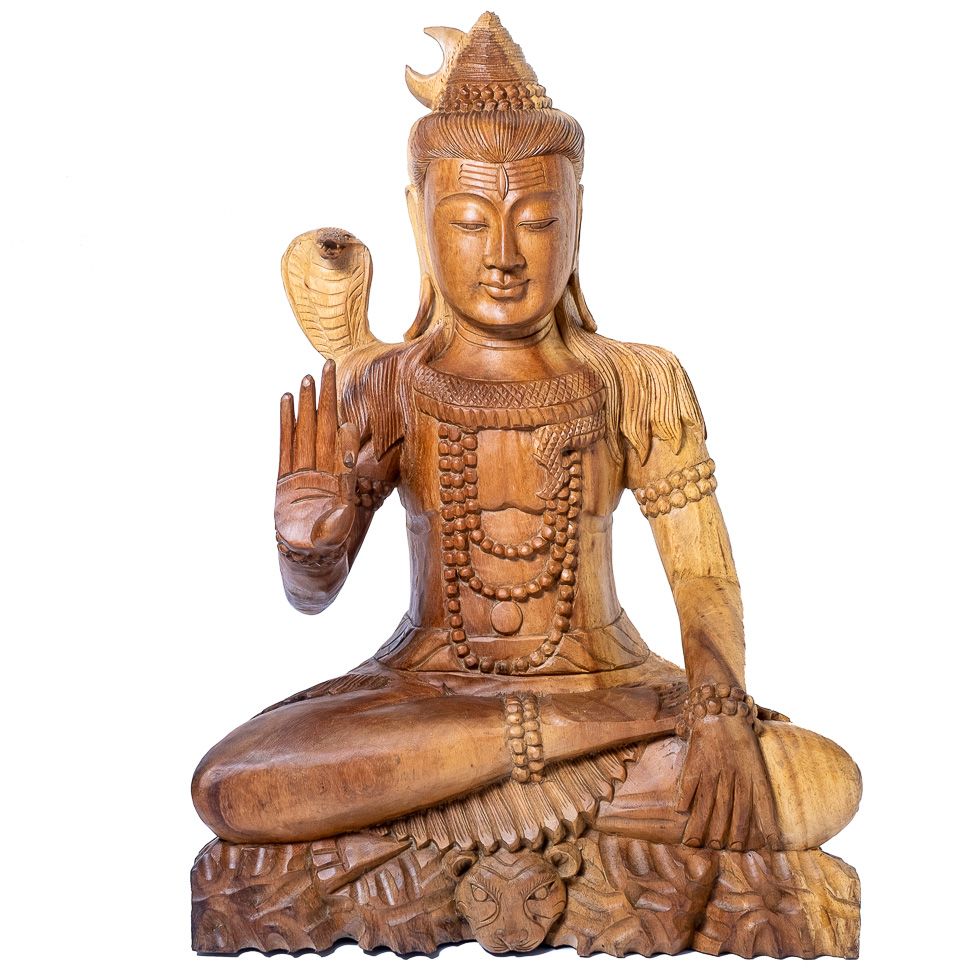 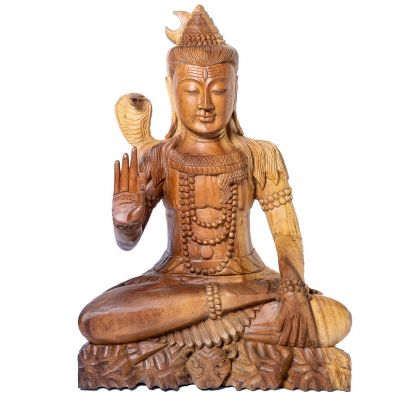 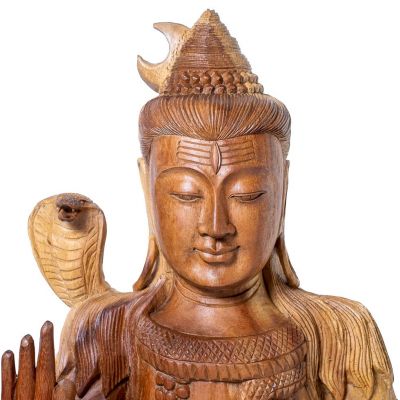 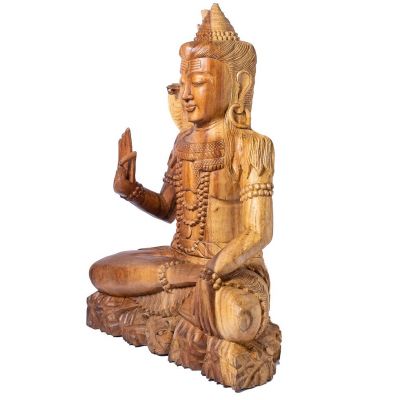 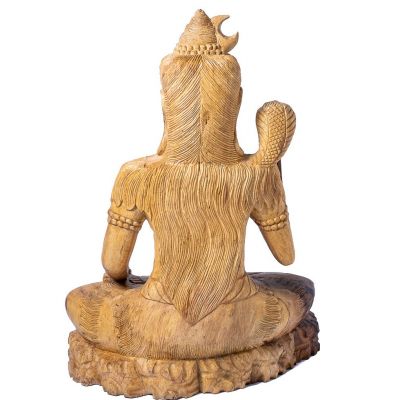 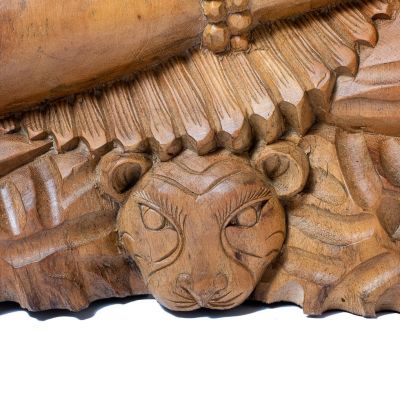 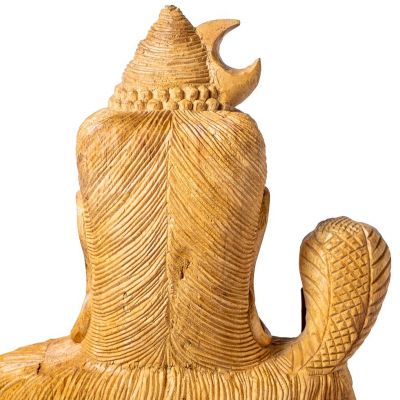 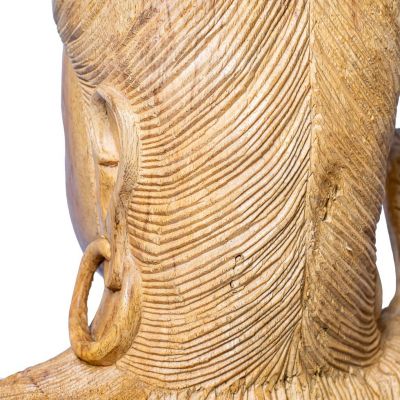 Statue of Shiva, hand-carved from teak wood. Made in Indonesia.

Shiva is one of the many Hindu gods. For example, he has the role of the destroyer of the universe. In Hinduism, death is not understood as the definitive end, and so the destruction of the universe happens so that it can be re-created.
Our Shiva is depicted with the so-called Third Eye on his forehead, with a cobra around his neck, representing the death that Shiva overcame. It can also represent Kundalini (snake force). The crescent moon on his head is a symbol of time and thus shows Shiva as the ruler of time. The sacred river Ganga flows down his hair on the Earth. 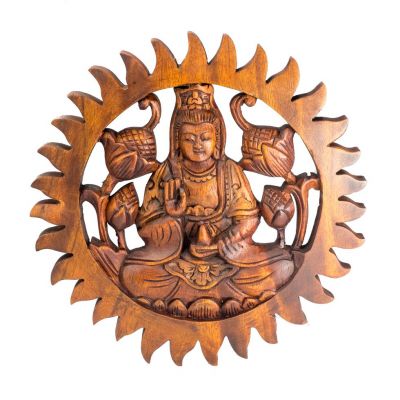 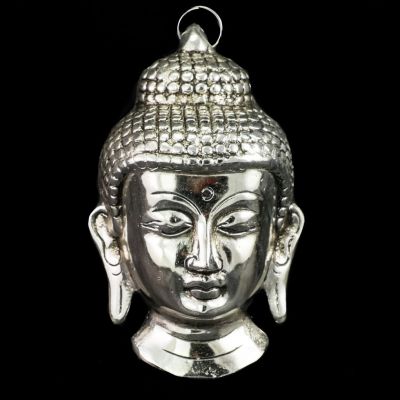 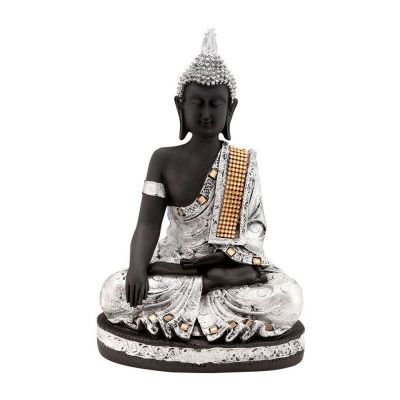 Hand-painted Buddha statuette, made of resin, with imbedded decorative stones. Suitable as a ...
availability: on stock
Statue Standing Buddha 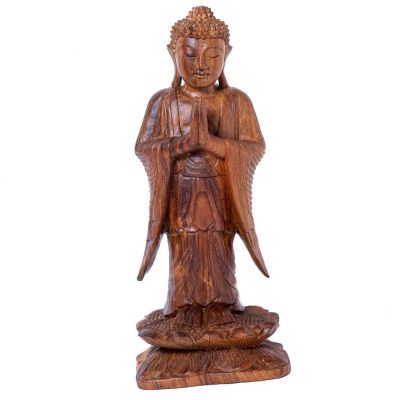 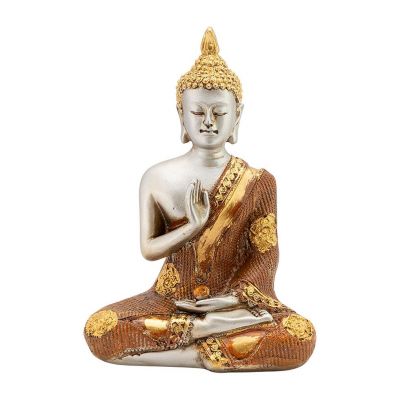 Hand-painted Buddha statuette, made of resin. Suitable as a beautiful decoration of your apartment ...
availability: on stock
Incense burner Shiva 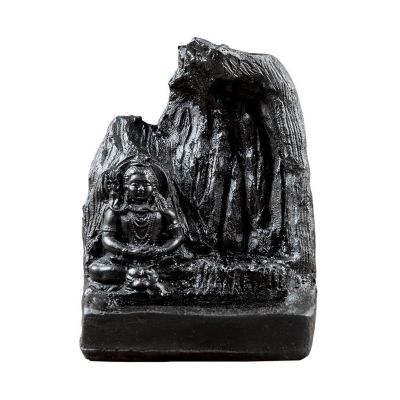 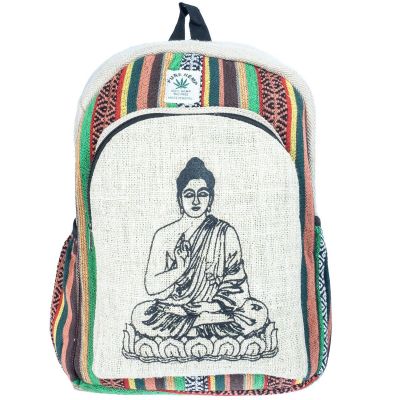 Backpack made of solid hemp and cotton. In the main zippered pocket you will find a laptop ...
availability: on stock
Go up | Print page
!_kategorie_basic_!